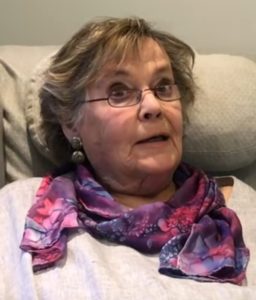 With great sadness we announce that Sue Atkins died on Friday (3rd September), at the age of 90. She died peacefully at home, and her husband Peter and daughters Lucy and Jenny were with her at the end. Sue was a giant of our community — a founder member of Euralex, a member of the first Euralex Board, and later President of Euralex. She was also instrumental in training African lexicographers: her Afrilex-Salex workshops, which she ran in 1997 (Grahamstown) and 1998 (Pretoria) together with the equally untiring Michael Rundell, were such a great success that they later morphed into what we now know as the ‘Lexicom workshop in lexicography and lexical computing’ series. For many years at Lexicom, Sue and Michael were joined by that other visionary of our field, Adam Kilgarriff (1960-2015), hence the ‘lexical computing’ part. The other major outcome of Afrilex-Salex was the publication of ‘The Oxford Guide to Practical Lexicography’ (Atkins & Rundell 2008), which was based on the material used at the South African training courses.

I can think of no better way to remember Sue than by re-watching her last talk on lexicography, in conversation with Michael Rundell, here: https://www.youtube.com/watch?v=dZck6jUP-Hw

All of us who work in the lexicographic field are very much in her debt, and she will be hugely missed.

Let us take a moment to remember her,